Kentucky is to bourbon what the Napa Valley is to wine. Savoring a number of bourbons and bourbon-inspired dishes here really left some positive impressions in me full of ambience. Just like wine experiences that travelers seek out in France or California, I recommend seeking out a Kentucky bourbon experience.

Louisville is the gateway of the Kentucky Bourbon Trail, which extends about an 1.5 hour drive south and east from the city and contains several distilleries. Within Louisville, it’s called The Urban Bourbon Trail. It’s made up of eight drinking establishments that are required to serve between 50-150 different bourbons each. You can’t just call any whiskey bourbon, for it must meet certain federally mandated standards:

Made in the USA of at least 51 per cent corn; Distilled at less than 160 proof from fermented grain mash; Must be matured in new charred, white oak barrels at 125 proof or less; Only pure water can be added to the final product; Has to be bottled at 80 proof or more, and aged for at least 2 years.

The bourbons of Kentucky are renowned because the state sits on a limestone shelf, which filters the iron out of the water.

It was a late Saturday afternoon as some friends and I sauntered into the historic Brown Hotel in downtown Louisville. I was captivated by the interior motif of English Renaissance Adams Style (from the 1920’s) as well as by some cocktail style music gently emanating from a piano as natural light peered in through the high windows. We were seated in the Lobby Bar. I sampled some Maker’s Mark bourbon that had added to it some Godiva Dark, Frangelico, and cream for a “Bourbon Ball”. The ingredients in this cocktail really made the bourbon stand out. 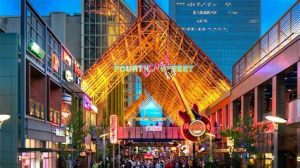 From the bar, you can order a number of food items, including Rabbit Rillettes, Lobster “Mac and Cheese”, and even an Angus burger, with current prices ranging from $8-$16. This bourbon bar also serves a number of white and red wines, and cocktails. These range in price from $7-$14. The service is very fast and friendly.

And luckily for us, we were able to order menu items from the Brown’s exquisite English Grill restaurant in the next room (dinner entrees were priced from $18-$34, appetizers $7-$17). I had the best-tasting Crab Cakes of my existence that special evening, for they resonated with a smoke-fired taste thanks to the accompanying Corn Bourbon Sauce (made with Elijah Craig bourbon).

I walked around the historic bar and noticed some circa 1930’s menus, where a Christmas dinner cost only $1.75 and a New Year’s Eve dinner was only five bucks.

Even though it has a 57-foot long bar containing scores of orange-reddish back-lit bourbon bottles, we chose to savor some bourbon and bourbon cuisine in the outdoor dining area of Maker’s Mark Bourbon House & Lounge during a mild evening. I tried a shot 6 year old, 93 Proof bourbon known as Blanton’s, which was produced from a single barrel. Being the bourbon novice, I was told to swirl it around in my glass and then sniff it with my mouth open. The scent to my nostrils was one of being very caramelized as I drank it “neat” (or straight). The taste was really strong, though not quite fiery, but it went down smoothly!

This restaurant and bar has quite a litany of bourbons on the menu list, including some older than 20 years like Pappy Van Winkle’s Family Reserve (23 years old and 95.6 Proof). It also offers flights (a sampling of a number of bourbons), subject to availability.

I was treated to some bourbon-inspired cuisine here that really enhanced the flavor of the food. For appetizers, you can’t go wrong with their irresistible Lobster “Corn Dogs” that come with a bourbon mustard. Appetizers range in price from $7-$18. For dinner, I enjoyed the very filling Bourbon Smoked Salmon Pasta, that came with some superior-tasting Orecchiette Pasta. Their dinner entrees ($26-$45) also include a Bourbon Braised Kobe Short Rib as well as several steak entrees like a yummy bourbon marinated sirloin, which I got to sample from one of my fellow diners. I sampled some perfectly sweet (but not rich) Vanilla Sweet Cream White Pie for dessert, whose prices are $8-$9.

In the darkly lit building dating back to the 1870’s and a couple miles from downtown, I would have the chance to sample some real quality bourbon full of history at Bourbons Bistro.

I was served a glass of 20 year old, 90.4 Proof Pappy Van Winkle’s Family Reserve bourbon. This is considered one of the best bourbons, coming from a bourbon maker that has spanned four generations dating back to the late 1800’s. Pappy Van Winkle’s is made with wheat instead of rye, which is supposed to make the bourbon smoother, sweeter, and age better. 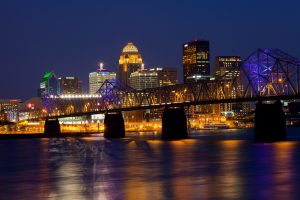 This bourbon is beautifully colored, and after swirling it in the glass, I noticed a really fiery, lightly caramelic scent. Upon drinking it, my palate noticed a hot taste, but incredibly, it went down really smooth!

I savored a filling dinner that included a Shrimp Cocktail and a Baby Spinach Salad. Then I feasted on some delicious Pan Seared Lobster Cakes that came with a really tasty lemon-chiffon Hollandaise topping. Those dinner appetizers/salads range in price from $6-11, and also include such offerings as Steak Tartar and Fried Cornmeal Dusted Oysters. The entrees include a ribeye steak that’s accompanied with Bourbon Butter and a burger that’s “dressed” with an Apricot Bourbon Mustard plus many fish dishes like the one I had. These range in price from $11-$33.

Bourbons Bistro serves over 130 bourbons ranging in price from $5-$75 – my choice cost $20. Drinkers can sample some nine bourbon flights (which includes a “pick your own” one).